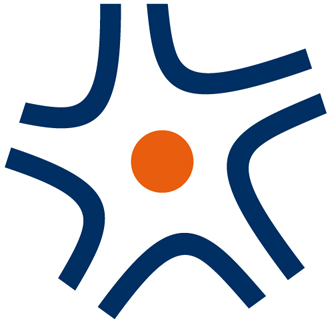 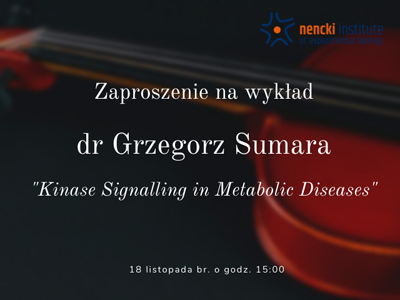 The dramatic increase in the incidence of obesity and type 2 diabetes (T2D) worldwide and the urgent need for new pharmacological therapies have greatly stimulated research in the area of energy metabolism.

T2D is characterized by peripheral insulin resistance in combination with relative insulin deficiency that results in hyperglycemia and hyperlipidemia. Liver and adipose tissue are central for the regulation of glucose and lipids levels. During T2D the hepatic glucose uptake is reduced while rates of gluconeogenesis and lipogenesis are increased. In the adipose tissue, T2D leads to decreased glucose uptake, perturbations in secretion of adipokines and increased lipolysis. Dysfunction of liver and adipose tissue during T2D is caused by defective signaling cascades and their normalization was shown to attenuate the course of diabetes.

Using a combination of targeted and unbiased approach we are attempting to identify and characterize novel components of these pathways in adipocytes and hepatocytes, and in the longer perspective we aim to contribute to more targeted pharmacological strategies for the treatment of T2D. 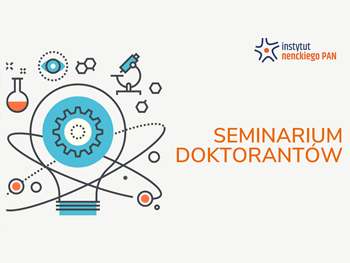 Title: „Rats get affected by the humans’ fear: neural and behavioural results of the inter-species study on fear contagion”

Fear contagion is a process that involves automatic tuning into the emotional state of another scared animal. It has been well described in both humans and rats but no reports have so far investigated whether the social transfer of threat is possible between these two species.
We investigated whether human fear can be transmitted to rats through social interaction. Fear-conditioned humans were asked to interact with previously handled rats. In the control condition, human handlers underwent an emotionally neutral task prior to the interaction with rats.
The c-Fos mapping performed in the rats’ amygdalae indicated increased activation of this brain region following the interaction with a fear-conditioned human as compared to the control condition. The response to the experimental manipulation was particularly robust in the basal and the centro-lateral nuclei. We also observed less human-exploration behaviors in rats from the experimental group compared to the ones from the control condition during the first minute of interaction.
These findings show that fear contagion between humans and rats is possible. The basal and centro-lateral nuclei are typically described as related to the fear response in rat studies, which provokes a reflection about the universality of the fear processing among humans and rats.

Duchenne Muscular Dystrophy (DMD) is the X-linked, inherited, neuromuscular disorder caused by mutations in the DMD gene. The major cause of a severity of this disease is neuromuscular complications due to lack of 427 kDa dystrophin. However, many DMD related consequences are also observed in cells which do not synthesize this protein regardless of DMD mutation. Myoblasts belong to this category because of too early step of their differentiation. Previously we described mdx-related changes in myoblasts’ calcium homeostasis. In the present study effects of mdx mutation on myoblast motility and adhesion are in focus. Using random motility assay we found that immortalized as well as primary dystrophic myoblasts move faster than wild type cells and are slowed down upon treatment with a spectrum of nucleotide receptor agonists. Wild type myoblasts seem to be insensitive in this matter.  We also found different effects of nucleotides on adhesive properties of mdx and w/t myoblasts. The former are more sensitive to such a treatment. To identify biochemical base of these differences we performed transcriptomic analysis of immortalized mdx and w/t myoblasts and confirmed some of observations using western blot technique. We also used specific inhibitors to point out particular elements of signalling pathways which are affected in mdx cells. Finally we postulate different contribution of the RhoA-associated kinase (RhoA/ROCK) and the Ca2+/calmodulin-dependent myosin light chain kinase (MLCK) to cell motility in dystrophic myoblast than in their wild type counterparts. These results will be discussed in the context of muscle regeneration and DMD pathophysiology. This work was supported by the National Science Centre, Poland, accordingly to the decision number DEC-2013/11/B/NZ3/01573. 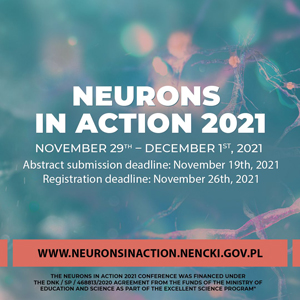 The Nencki Institute of Experimental Biology, Polish Academy of Sciences together with the Nencki Foundation, proudly present the 4th edition of the Neurons in Action symposium. This years’ meeting will be held online to ensure the safety of all participants in the time of the pandemic. In this format we will host world-class neurobiologists who will present their latest research focused on neuronal mechanisms of inheritance of behavioral phenotypes, aberrant synaptic plasticity, formation of fear memory and spatial memory, dynamic changes in activity of neuronal circuits and processing of memories in humans. The plenary talk will be given by Prof. Cornelius Gross (EMBL-Rome). We also encourage participants to present their own findings during the poster session and to attend a career workshop.