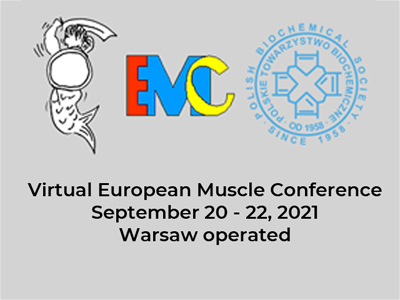 The board of the European Society for Muscle Research (ESMR) and the local organizers have a great pleasure in inviting you to participate in the first ever virtual European Muscle Conference, which will take place on September 20-22, 2021, and be operated from Warsaw, Poland. The Conference is being organized by the ESMR board in partnership with the Polish Biochemical Society (PTBioch) with Prof. Jolanta Redowicz, from the Nencki Institute of Experimental Biology in Warsaw as a head of the local organizing committee.

Please visit our webpage for more information and to register: www.emc2021.org.pl

The following sessions are being organized by the ESMR board members:

7) Novel insight into pathomechanisms of cardiomyopathy and heart failure

8) Muscle in a dish: New models for the study of muscle function and dysfunction

The deadline for the registration, abstract submission and payment is July 16th, 2021.  The registration fee is 10 € for young participants (under 35), 30 € for retired scientists and 50 € for other participants. There is a possibility of payment via PayPal or bank transfer.

Since both scientific and organizational details are being revealed continuingly, so visit our webpage frequently.

We hope that despite all the circumstances you will bee able to join us in September afternoons to discuss the latest achievements in the muscle research with the top scientists in the field.

You are also encouraged to submit manuscripts related to the Conference topics to Acta Biochimica Polonica. 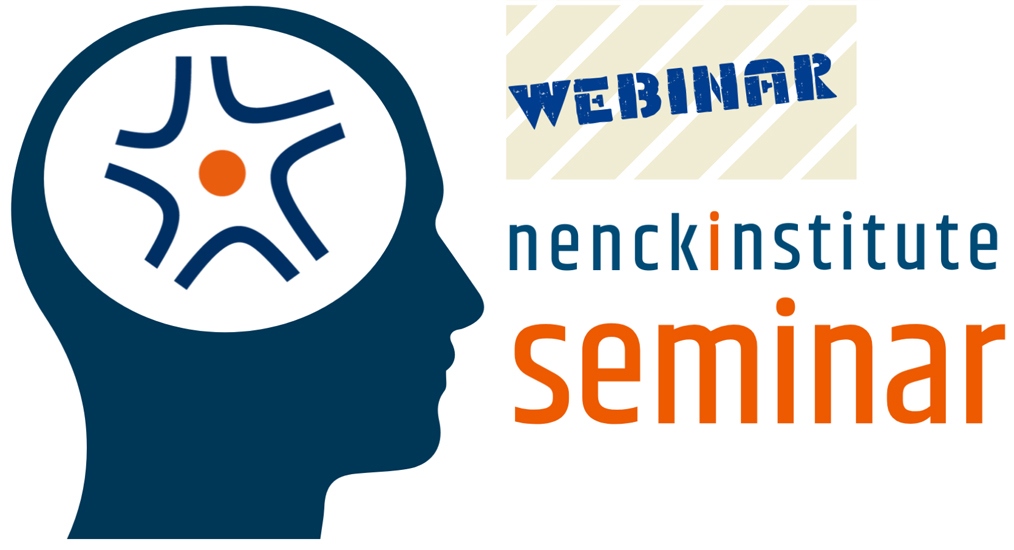 There is a change concerning the next Nencki Institute Seminar on Thursday, June 17th.

We will have two presenters first Kamil Tomaszewski, a PhD student in the Laboratory of Molecular Basis of Behavior led by Prof. Katarzyna Radwańska, will give a lecture entitled: A thalamo-septal circuit mediates extinction of remote fear memories.

Memory formation and updating require an orchestrated action of multiple brain regions. A detailed description of the circuits is crucial to understand the complexity of memory processing. Current knowledge describes how the recent memory (24-hour old) is encoded, stored, and recalled. It is, however, less understood how time affects memory processing and the circuits involved in it.

Using c-Fos immunostaining, I examined the activation of 24 brain regions upon recent and remote fear extinction in WT and T286A+/- mice. Identification of neuronal substrates of remote fear extinction and its impairment allowed me to test their role in vivo, through chemogenetic manipulation of specific brain regions and projections. Next, using graph-theoretical concepts I compared global properties of functional networks of successful vs. impaired extinction.

Taken together my results suggest that RE is actively involved in the processing of freshly acquired contextual fear memories and together with MS suppresses ones that happened in the past. Moreover, the RE-MS pathway is a part of the neuronal circuits that mediate remote fear memory extinction.

Then in the second part of the seminar, we will hear a talk by a PhD student Adria-Jaume Roura Canalda, from the Laboratory of Molecular Neurobiology led by Prof. Bożena Kamińska.

High-grade gliomas (HGGs), the most common and aggressive primary brain tumors in adults, inevitably recur due to incomplete surgery or therapy resistance. Therapeutic resistance, recurrence, and poor clinical outcomes are all linked to intratumoral genomic and cellular heterogeneity in HGGs. Their transcriptomic profiles after recurrence have not been thoroughly investigated. In the first part of my talk, I’ll discuss the results of targeted sequencing of cancer-related genes and transcriptomics in 16 pairs of primary and recurrent HGGs. We observed that the majority of somatic mutations found in primary HGGs were not found in relapsed tumors, and the presence of focal CNAs in the EGFR and PTEN genes was significantly negatively correlated. When compared to primary HGGs, transcriptomic analysis revealed that genes involved in mRNA splicing, cell cycle, and DNA repair are down-regulated, while genes involved in interferon signaling and phosphatidylinositol (PI) metabolism are up-regulated. M2 macrophages and immature dendritic cells were found to be enriched in recurrent HGGs in an in silico analysis of the tumor microenvironment, indicating a prominent immunosuppressive signature. Immunohistochemistry confirmed the accumulation of those cells in recurrent HGGs. Our findings point to a significant transcriptomic deregulation in recurrent HGG, as well as a significant infiltration of immature dendritic cells, both of which are novel factors to consider when introducing frontline immunotherapies in HGGs.

In the second half of my presentation, I’ll talk about gene expression deregulation and transcription factors (TFs) in established human glioblastoma cell lines (LN18 and LN229) and glioblastoma tumors. TF expression or activity changes are linked to a number of human diseases, including cancer. Several studies have shown that the expression of TFs involved in cell proliferation, survival, and apoptosis is altered in GBM, but the specific regulation of TFs in overexpressed GBM genes that are critical for cancer progression remains largely unknown. I’ll discuss the results of in silico TF binding sites identification in chromatin accessibility data (ATAC-seq) as well as their integration with transcriptomics and DNA methylation data. Our most intriguing finding suggests that the transcription factor c-Jun is involved in the regulation of overexpressed genes such as VIM, FOSL2 or TRIB1, some of which have been linked to the epithelial to mesenchymal cancer transition and tumor invasion. Overall, our analysis strategy allowed us to determine which crucial TFs that may play key roles in GBMs in comparison with benign tumors. 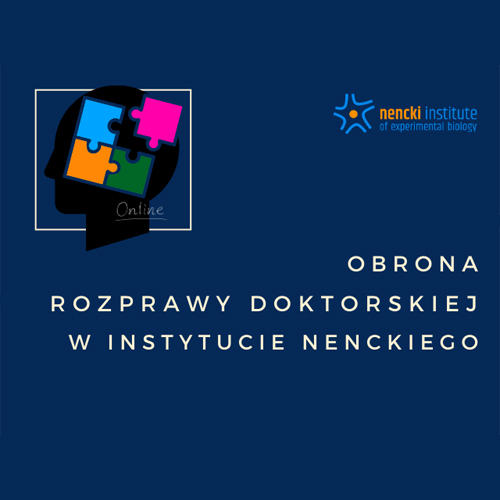 You are invited to a Zoom webinar.
When: Jun 23, 2021 10:00 AM Warsaw
Topic: Obrona pracy doktorskiej mgr Małgorzaty Partyki
Please click the link below to join the webinar: https://zoom.us/j/95526335395?pwd=N2M4eUVvYS9SYU5JTEMwbUtUS2tmUT09

Link do streszczenia i recenzji: https://cloud.nencki.gov.pl/d/f620e8a75c/

You are invited to a Zoom webinar.
When: Jun 15, 2021 12:00 PM Warsaw
Topic: Obrona pracy doktorskiej mgr Bernadety Michalskiej
Please click the link below to join the webinar: https://zoom.us/j/92133354775?pwd=TXZxbG1CNWhYRGhIRnhLaERTRkxsdz09

Link do streszczenia i recenzji:

You are invited to a Zoom webinar.
When: Jun 22, 2021 10:00 AM Warsaw
Topic: Obrona pracy doktorskiej mgr. inż. Bartosza Kossowskiego

Please click the link below to join the webinar:

Or Telephone:
Dial (for higher quality, dial a number based on your current location): 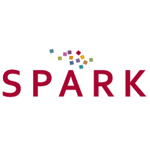 Nencki Institute as a representative of SPARK Poland within the SPARK Europe would like to cordially invite you to participate in the next webinar of European SPARKs joint series on June 16th, 16-17 CET.

During the webinar we will answer the question: why do many academic discoveries not turn into startups? The speaker who will share with us his experience is Yair M. Sakov, the Founder Managing Director of Tel Aviv University’s Entrepreneurship Center (TAUEC).

The series of webinars is open for all students and employees of SPARK associated organizations (Nencki Institute PAS and International Institute of Molecular and Cell Biology in Warsaw).

Registration to the webinar is required in advance. Please register at: https://us02web.zoom.us/meeting/register/tZErf-itqzovGdXZRR1N02x8iYZKn-VFGUMV

latest on June 15th. With later registrations access cannot be guaranteed. There are a limited number of places available and they are filled in in the order of registration.

As a reminder, spring webinar series takes place biweekly on Wednesday at 16 -17 CET and covers topics from design thinking to challenges in selling complex high-tech products from top-quality speakers around Europe and the US.