I would like to cordially invite you to the IBD webinar this Thursday (June 4th) at 3pm. Bac Viet Le  PhD student of the Bio4Med programme from the Laboratory of Cytometry will give a talk entitled: „Role of TGF-β signaling in the bone marrow-mediated resistance to synthetic lethality in leukemia”

Leukemia is a group of blood cancer deriving from bone marrow, in which hematopoietic stem/progenitor cells are malignantly transformed into leukemia stem/progenitor cells by activation of oncogenes or inactivation of tumor suppressor genes. Typically, activation of oncogenic tyrosine kinase (TK) receptor FLT3(ITD) occupies approximately 23% cases of acute myeloid leukemia (AML) and oncogenic tyrosine kinase BCR-ABL1 in Philadelphia fusion chromosome is observed in around 95% of chronic myeloid leukemia (CML). Treatment of these leukemias by TK inhibitors individually or in combination with standard chemotherapies has obtained initial remission, however the disease relapse has been acquired rapidly after delaying this therapies, leading to urgent requirement for more efficient therapeutic approach.

Poly ADP-ribose polymerase inhibitor (PARPi) –induced synthetic lethality is one of the current prospective anticancer strategies. It has been successfully used in BRCA1/2 –mutated breast/ovarian cancer cells. This also resulted in a promising effects in leukemia despite of lacking BRCA1/2 mutations, what was shown by different groups including ours. We found that expression of several oncogenes which cause leukemia (eg. AML1-ETO, BCR-ABL1) led to deficiencies in BRCA1/2, resulting in sensitivity to PARPi. Moreover, specific tyrosine kinase inhibitors induce “BRCAness” phenotype, therefore enhancing efficacy of PARPi, both in vitro and in vivo. However, in spite of effective potency of PARPi in BRCA1/2 –deficient cancers, resistance to PARPi –mediated synthetic lethality has been reported in both preclinical research and clinical trials.

In this study, we discovered a novel mechanism responsible for the resistance against PARPi in BRCA–deficient leukemias, which is mediated by the stromal cells- dependent bone marrow microenvironment, and the transforming growth factor-beta 1 (TGF-β1) – TGFβ receptor (TGFβR) signaling pathway. Genetic or pharmacological targeting of TGF-β signaling pathway restored sensitivity of leukemia cells to PARPi in bone marrow microenvironment in vitro. Remarkably, TGFβR serine/threonine kinase inhibitor enhanced the anti-leukemic effect in the engrafted mice in vivo and prolonged the survival of leukemia-bearing mice. In conclusion, as the proposed strategy did not caused cytotoxic effect on the bone marrow healthy cells, we recommend that the FDA –approved TGFβR kinase inhibitors are good candidates for clinical trials and treatment of leukemia patients currently receiving PARP inhibitors, to overcome the resistance, enhance drug response as well as improve therapeutic efficiency. 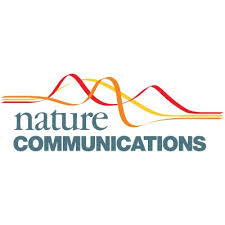